Extra Extra! Read All About It! One Sentence Stories

As we progress through our first year of complete Standards Based Grading, I find myself being more critical of the assignments and tests I give. I also find myself trying to find new ways to assess things, while still keeping the affective filter low for my students. One of our county standards is that students can write simple sentences appropriate to their level in Latin. In Latin II and above, this isn't such a big problem because they already have experience with this through timed writes and they can write for longer. In Latin I, however, I need to ease them into writing and prepare them for timed writes, which we plan to start in a week or so.

To achieve this, I've started including some basic writing and transcribing activities like:


I wanted one more activity, with a little more freedom, to review vocabulary and see what skills they'd already picked up (while not grading those skills for accuracy). So, we did an activity called 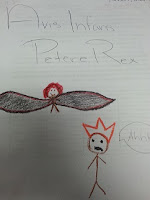 I set this up very simply by creating a document with instructions and also an approved list of words. I expanded this list to include est (is) and et (and), as well as the new words we'd learned that day on the board. Students were to write a single sentence that could tell a story, much like a newspaper headline. While their sentences could be simple and didn't have to be "above the fold" quality  (if you will), they needed to be interesting and make sense. Students then accompanied them with a detailed picture. The picture gave the assignment a visual quality and a fail-safe which allowed me to understand what they were saying even if the sentence wasn't perfect. These were graded on a 5 point scale as follows: 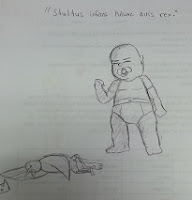 0 - student wrote English sentence, or only submitted a picture
1-2 - Student wrote an English sentence with a Latin word or two
2-3 - Student attempted a Latin sentence, but used names instead of Latin words or the sentence didn't make sense
3-4 - Sentence mostly made sense, but had an extra word (or was missing one)
4-5 - Sentence made sense and may have had the extra verb "est" (see observations below)

Salvete! Hola! Bonjour! Assalam wa Aleikum! Anyeonghaseyo! Shalom! Guten Morgen! Caio!  (and that about exhausts the languages I can say hello in easily and confidently) Rachel and I wanted to take this opportunity to announce, rather excitedly I might add, the publishing of our first Latin novella - Pluto: fabula amoris (from Amazon and Create Space).

I mean for this to be a short announcement post, as I will follow in a few months with a more detailed post and some teacher's resources, but there are a few things I'd like to point out on behalf of Rachel and myself.

This project has been a long time dream of both Rachel's and mine and we are so excited to get to share it with you. In the process of publishing, Rachel and I also decided to take the leap and add our name as publishers. We are officially opening Pomegranate Beginnings Publishing for business.

We've added a page to the blog discussing the novella a little more as well as Pomegranate Beginnings' other upcoming resources. You'll also notice an about us page with a specific contact form.

When we published, Rachel and I were hopeful to receive support, but I can safely say that both she and I are so thankful for all the support and congratulations we've received from, not just the Latin community, but from the teaching community as a whole. So, from the bottom of our hearts, Thank you! Thank you for reading, sharing, and responding. Thank you for letting us succeed and fail in front of you! :) Maximas gratias vobis agimus! 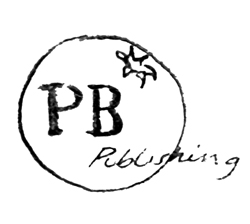 Posted by Unknown at 7:39 AM No comments:

Serpens, an Easy Assignment for Both SBG and non-SBG Classes

Standards Based Grading is making me think a lot about how I design assignments and lessons. I think more inclusively and instead of designing assignments because I think they'll be good and useful, I consider their end results and whether I'm reaching my desired goals.

This is a two-day assignment (really about a day 1/2) I created for my students after we read a scene of a play I previously adapted for my classes. It's pretty straight forward, so I'm not typing a lot here to introduce it. Just a quick caveat. If you grade this with detail (which I chose to do), it takes some time to grade, probably 2-3 minutes per paper, so this can be a big investment. But the activities involved require and inspire an in-depth look at a reading and its vocabulary, so I feel it was a good activity--just not one I'll do too often.

Feel free to make a copy of this to your own files and change it to fit your classes!

Posted by Rachel Ash at 8:24 AM No comments: